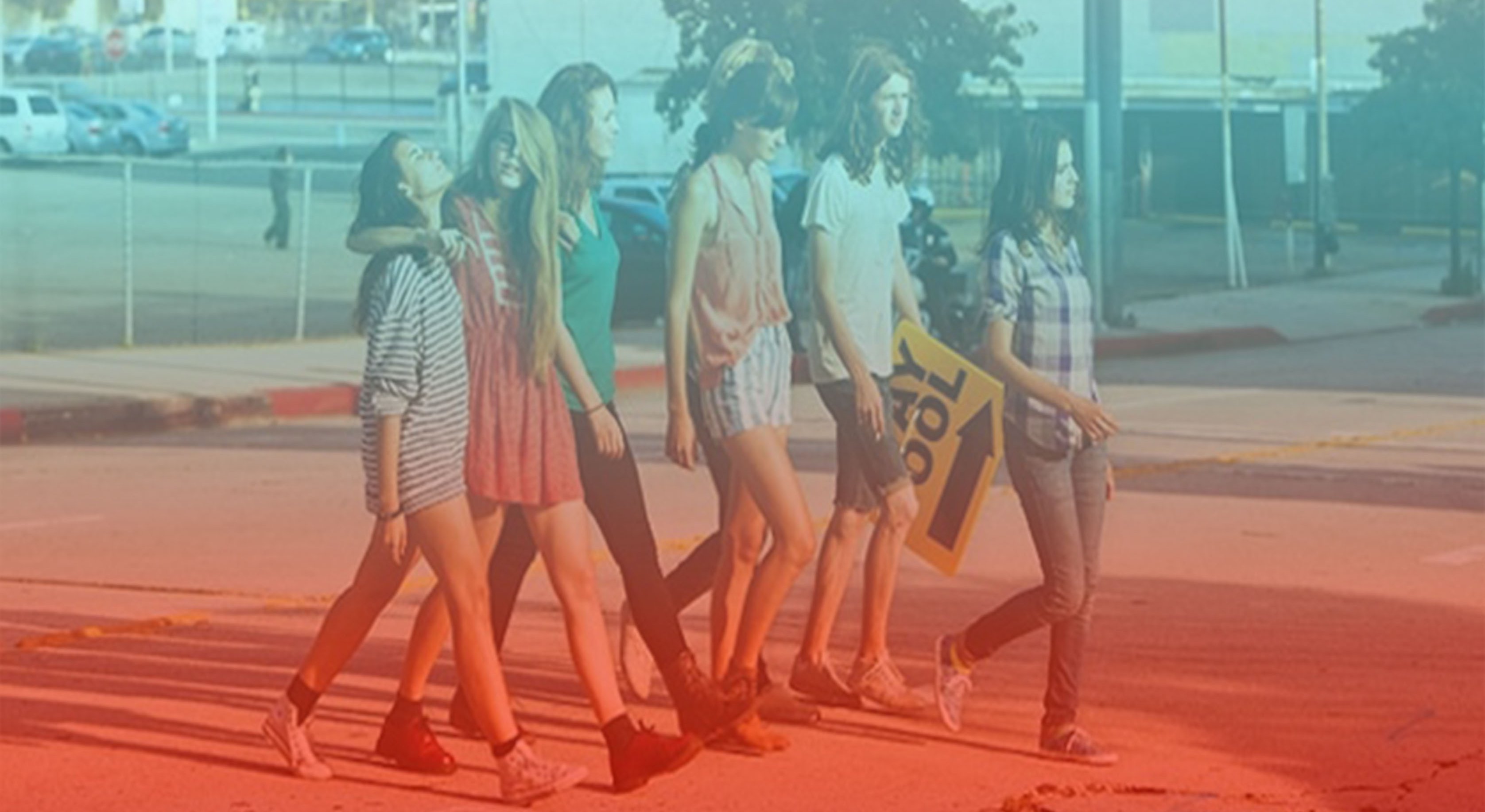 SEAMLESS RETAIL EXPERIENCES THAT ADDRESS THE UNDERLYING VALUES OF THIS GENERATION OF RETAIL UPSTARTS WILL BE KEY TO CREATING ENGAGING SPACES FOR GEN Z.

In our last installment on Gen Z, we discussed a second wave disruption on the horizon that will completely remake how brands engage with consumers. Brands that plan on using a template from their Gen Y interactions and simply younger-tweak their methods and messages will be left flat-footed.  What we’ve argued for was a wholesale rethinking of brand interactions based on this next generation’s distinct set of values, expectations and behaviors. But it’s not just your digital, social and media footprints that matter. Your actual footprint in the physical environment will need to be transformed, as well. Now is the time to step into Gen Z environments.

We’ve often heard the term “digital native” applied to Millennials, but Gen Z was actually born and raised on everything digital. Millennials may have been introduced to and adapted to these shiny new objects in the digital realm, but Gen Z is the first cohort to truly grow up with the omnipresence of digital in their daily lives. Given the ubiquity of social and digital, one might be tempted to place more emphasis on digital darlings like VR (virtual reality) and AR (augmented reality) and less on physical retail experiences. But according to HRC Retail Advisory’s latest research, not only is Gen Z still visiting these retail settings, they are actually going more often than older demographic groups.

In the WWD article “Report Urges Retail Tactics For Tapping Gen Z Spending Power, Influence,” Farla Efros, president of HRC Retail Advisory, says “Generation Z is still going to the mall to shop. While approximately 60 percent of all survey respondents said they visit a mall or shopping center at least once a month, a whopping 72 percent of Generation Z respondents said they visited the mall at least once a month and stayed for at least an hour, visiting 4.4 stores on the trip.” Yes, it’s true that younger generations tend to use retail settings like the mall as a hangout spot, but just as generations before, brands must put effort and intention into these spaces to make them cool. And what’s cool for Gen Z is decidedly different than what’s cool for Millennials.

Further, when Gen Z does go to the mall – or any retail environment for that matter – they expect to buy. One of the characteristics found across numerous Gen Z research studies is the value of intention. They’re not browsing; they’ve already done their research and their comparison shopping, and they have come through the door to find what they’re looking for and purchase it. For retailers, this is rich opportunity. You don’t have to convince them to buy it – they already want it – but will this purchase be easy or hard? Is the store confusing? Are the displays and layouts intuitive, logical and curated? The easier you make it for the Gen Z consumer to find what they want in the store, the increased likelihood they will return. And lo-and-behold, meritocracy (earning their business) and loyalty(rewarding brands that get it) are other highly-ranked Gen Z values.

Just because they know what they want and intend to go to the store to buy it, doesn’t mean Gen Z wants to navigate through a bare-bones or uninspiring retail environment. They appreciate smart design and there are ways to create purposeful retail environments that speak directly to the inherent values Gen Z holds near and dear. So, what does smart design look like from the Gen Z vantage? What underlying values does a retail environment speak to?

According to “Hitting a Moving Target: How Gen Z will be the Most Challenging for Retailers to Align with Part II, “Visually captivating and intentional design is a baseline expectation. Key product placement and heroic displays for easy navigation; simple and easy-to-understand information about product price and availability; as well as approachable, friendly associates that are product experts are also expectations. Non-cluttered and organized retail spaces that create an environment for easier decision-making will also be preferred.  A space that echoes the vibe, the focus and the energy of the brand, and that offers the option of exploration and personal discovery – a store in which they feel was “made for them.” In short, they want it all – a seamless experience that is at once convenient and customized, purposeful and personal. 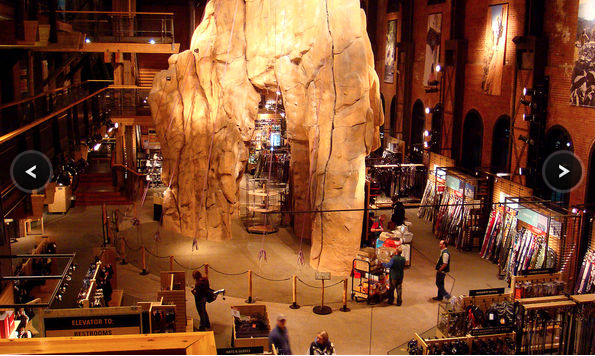 It’s not just the physical space that matters to the Gen Z consumer. Getting them to the store and how they’re treated when they get there matters even more. While it’s predicted that Gen Z will conduct most of their shopping online for everyday items, retail has a real opportunity to create destination experiences for the Gen Z consumer. This will be especially true for goods that cost more, items that need hands-on demonstration and are the destination for in-store experiences not available anywhere else. Shifting from selling items to inspiring experiences will be the next wave of retail innovation. Think REI’s Rock Climbing Wall as an example of this elevated retail experience. Further, there is some evidence that Gen Z will occasionally want a digital detox from constant connectedness, making retail a mini-vacay from their uber-connected lives.

“Shifting from selling items to inspiring experiences will be the next wave of retail innovation.”

When they get to a store Gen Z will expect knowledgeable, helpful staff members who are truly experts about products and options, making suggestions based on more than just selling. Further, Gen Z is less likely to ask for help than their Gen Y counterparts with 47% saying they’d seek out a store associate compared to 60% of Millennials. That means that in-person interactions are truly in make-or-break territory, providing an opportunity to share knowledge and foster trust or turn-off the Gen Z consumer with overt salesiness and schmooze. Most importantly, the Gen Z consumer is smart and savvy. Don’t patronize them because they’re young; treat them with the same respect other cohorts have come to expect. Think of Apple’s Genius Bar as a template for the future of retail interactions. 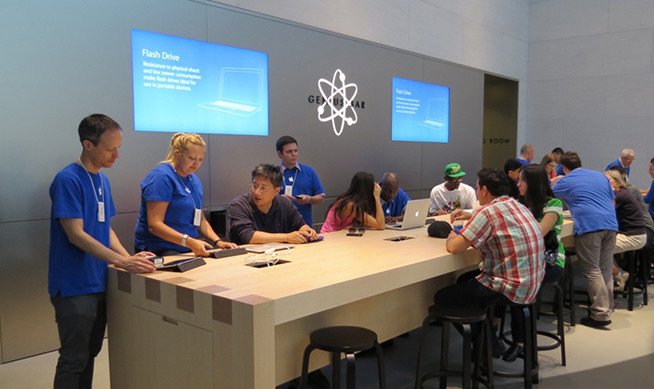 We’ve often talked about the importance of channel alignment for brands – that everywhere a consumer comes in contact with a brand needs to feel the same, to have the same vibe. This is especially true in the physical retail environment. With Gen Z, they’ve often come to a store because their friends have recommended it, since they place a higher value on personal recommendations over celebrity endorsements. So, they’ve really upped the ante on expectations before they even step foot in the door. This is where retail stores can really shine – by elevating experiences as the purpose for the store environment. In our brand food chain, the best brands consistently move up and away from focusing on features of products and toward enhanced consumer experiences. Where better to do that than right there in the store?

In our next installment, we will address how Gen Z is poised to shake up the culture of companies all across the globe.