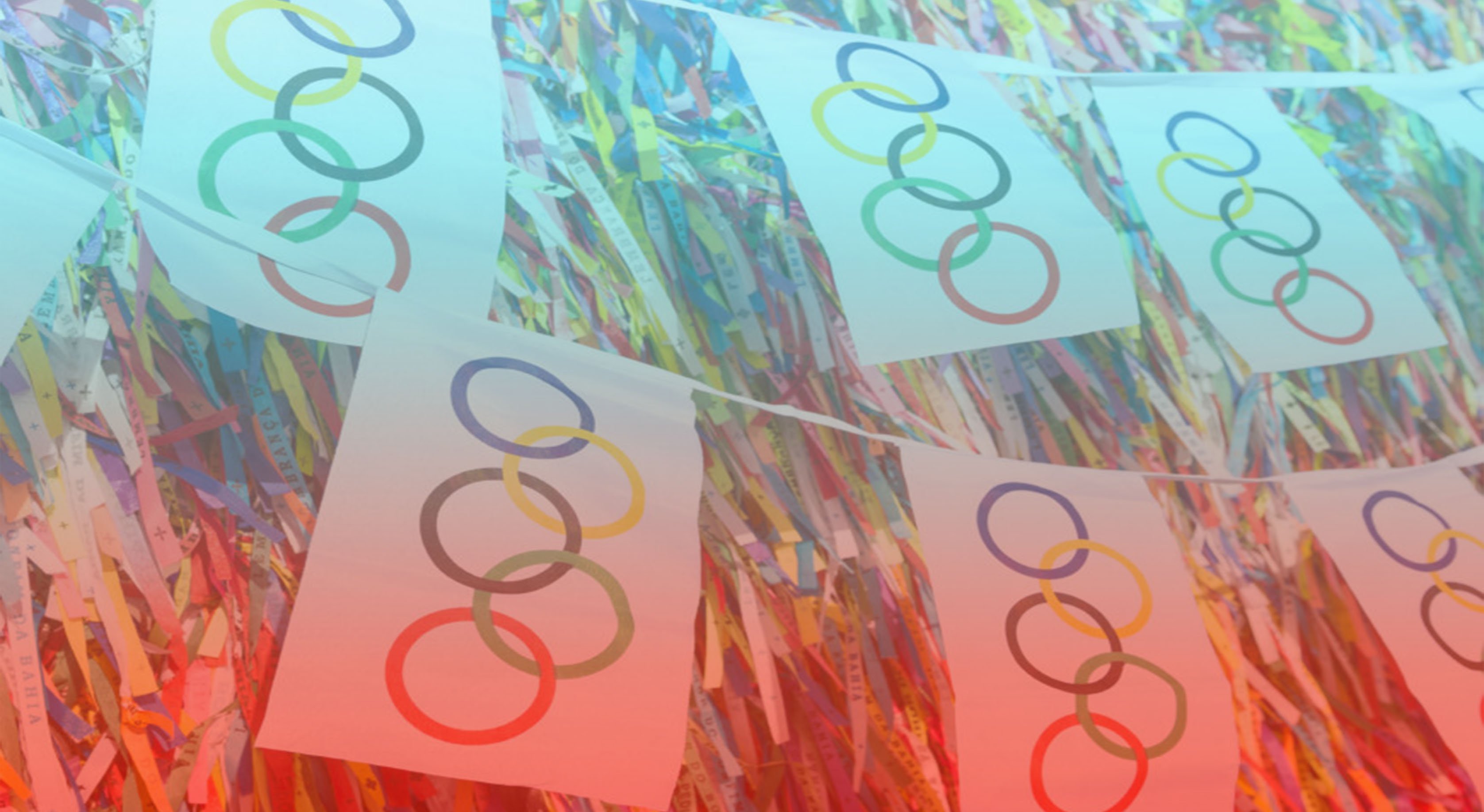 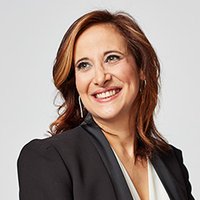 From broadcast delays and off-base commentators to scheduling issues and social media outcry, the olympics are a brand whose medal didn’t shine very brightly during the summer games.

In our last two installments Is the Olympics Tarnishing its Brand Medal? and The IOC: The Bully on the Playground, we addressed a number of ways that the International Olympic Committee (IOC) blemished its brand during the 2016 Summer Games in Rio. From the host city’s apparent lack of preparation for a global event of this magnitude to the IOC’s overtly authoritarian enforcement of Rule 40, the Olympic brand seems stuck in a bygone era, woefully out-of-touch with the ways modern brands engage with their audiences and foster relationships today. In this week’s installment, we’ll take a look at the IOC’s premiere broadcast partner and the ways that NBC’s coverage allowed the glory of the games to be overshadowed by the network’s series of missteps.

We Interrupt This Broadcast

Even a decade ago, being named the premiere broadcast partner to an event like the Olympics was a relatively straightforward proposition. You put together a run-of-show schedule which was promoted in the weeks leading up to the games, assembled a panel of expert commentators for each event, and taped or live-broadcasted games to network affiliates across the globe. While a broadcast like this surely takes a lot of planning, preparation and legwork, generally speaking, once the games are underway, a broadcast partner like NBC has little to worry about as long as they deliver quality programming that viewers have come to expect. Flash forward to today. While NBC may be the official named broadcaster for the Olympics, don’t be fooled into thinking they’re they only broadcaster covering the games. Today, thanks to social media and instantaneous access via the internet, the world is home to millions of individual broadcasters, each using their own personal platform to share news and views.

“The world is home to millions of individual broadcasters, each using their own personal platform to share news and views.”

In terms of the official broadcast, NBC partnering with the IOC collaboratively worked to strictly control access to coverage of the events and overtly manage the way fans consume media. The live broadcast of the Olympic Games was largely shelved with most events tape-delayed to incorporate more storytelling, which NBC reportedly did to attract people who are not traditional sports fans. But delaying highly-anticipated events like swimming and gymnastics only angered fans and created confusion for those who were seeing results pop up online in places like Twitter. Tape delays also resulted in many of the popular events airing late at night, hours after the actual events took place. Thanks, Olympics! You should pay for our giant cups of coffee needed to slog through two weeks of super late nights.

Rather than fighting this new digital era, finding ways to embrace modern demands would only serve the Olympic brand in the long run. What the Olympics and NBC collaboratively seem to misunderstand is that viewers are motivated by real, unscripted conversations. We don’t need everything all polished up and edited into nice, neat little packages; we prefer speed over sparkle.  Fans crave unedited, unbiased and authentic insights in an instant, real-time is no longer a nicety but a necessity in today’s 24/7 information environment. The ratings for the broadcast alone should be enough to convince NBC and the IOC that changing course is long overdue. According to an article in CNN Money, “NBC’s numbers are down compared to London in 2012 – a sign not only of ratings being weighed down by sheer gravity amid an expanded roster of options, but also the tradeoff associated with scattering content across multiple networks and the web.”

The accessibility of information through technology and social media has added a new challenge for even the most internet savvy among us, but for large legacy organizations like NBC and the IOC, change is even harder to fathom, much less respond to. According to Anurag Harsh in the article, Why The IOC Social Media Clampdown Is Bad for the Olympics, “Four years ago a record-breaking 15 million fans downloaded the official London Olympics app. At that point, the shift to mobile was underway as 60% of traffic to the official London Olympics website came from a mobile device. Now, the official app for the Rio games is expected to double the numbers of previous Olympics to 30 million downloads.” Rather than integrating mobile users through a cohesive channel strategy, IOC and the Olympics seemed to respond to this demand as merely an add-on, a value added enhancement, rather than a bellwether for where the brand should be headed. 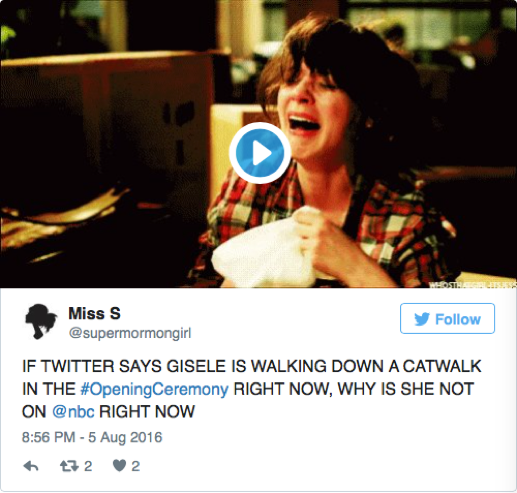 While there were many challenges during the lead up to the Olympic Games, one hopeful sign emerged; NBC had inked a deal with Snapchat  as the official social partner for the Olympic broadcast. For the first time in company history, NBC agreed to share footage with an outside entity and allow the social channel to live-stream events. This was NBC’s attempt, and a somewhat successful one at that, to appeal to the millennial generation, with much excitement surrounding the social sharing possibilities. However upon deployment, the Snapchat channel, while successful, was woefully disconnected from other channels, like the live broadcast and other social platforms like Twitter, creating viewer frustration and bewilderment. 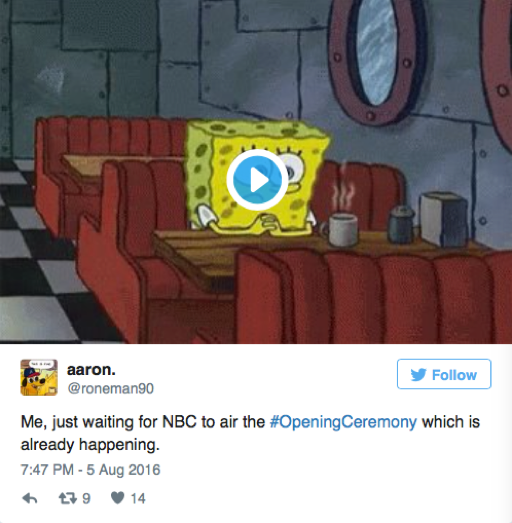 According to Mashable’s article The NBC Olympics Coverage Is a Total, Commercial-Filled Nightmare, “The network also showed the ceremony on an hour tape delay, causing mass confusion on social media. There were two Twitter timelines: America and the rest of the world.” The broadcast delay, heavy-handed commercial tone and misunderstanding of the immediacy of social media resulted in massive outcry. Since, Millennials are thought to be the most forgiving, flexible generation, the online backlash was wildly unexpected, but when appeared, something NBC largely ignored. Not only did NBC fail to respond to online criticism, the organization also did not make any attempts at course-correction or clarify during the broadcast. As criticism grew, NBC kept marching forward in the same manner, making the media company appear tone-deaf to viewer concerns.

To add insult to injury, misalignment of unevenly deployed messaging and inconsistently across channels, NBC and the USOC took a heavy-handed approach to sponsorship which did not go unnoticed by Olympic watchers. In ensuring their marketing partners earned every penny of their sponsorship investment, the viewers ultimately paid that price tag. The following tweets, as assembled by Mashable, encapsulate the online sentiment:

According to the Fox article NBC Olympics Coverage Ends with Poor Ratings, Criticism, “The discontent began during August 5’s commercial flooded opening ceremony. And it didn’t get better once competition started, as a man named Everett tweeted, ‘NBC clearly bringing home the gold medal in number of commercials.’”

When every decision a brand makes isn’t squarely focused around enhancing customer or user experience, it should come as no surprise that consumers turn their backs on out-of-step brands. Today’s information and entertainment options are endless and expanding, with many upstart outlets and platforms available to provide insights and news. With the world at our fingertips, it’s very easy for consumers to find someone doing it better. That’s why it’s so important for brands to constantly monitor conversations, market changes and positioning, so they can respond by iterating and changing along with the times. Because realistically, whether big brands like the IOC and NBC want to admit it or not, nearly every brand is replaceable in the amount of time it takes to run a Google search.

“Because realistically, nearly every brand is replaceable in the amount of time it takes to run a google search.”

This is a hard, painful lesson for NBC and the IOC, which concluded the Rio 2016 Olympics with lackluster viewership that was a mind-boggling half of what the Olympics garnered in 2012. Sure, some people were streaming on other channels, but there is no-doubt the Olympics and NBC are brands in a freefall. According to Deadline’s Rio Olympics Closing Ceremony Ratings Lose Almost 50% Of London 2012 Viewers, “With a 4.0/14 rating among adults 18-49 and 16.85 million viewers for the Closing Ceremony of the Rio Games, NBC is looking at the worst Summer Olympics results in decades. Not only are fast affiliates down to the second lowest result of the 2016 Olympics for the Comcast-owned net’s primetime coverage but they took a whopping 56% fall in the key demo and dropped 44% viewership-wise from the closing of London 2012.” With no response to criticism and no expectation for NBC to change its approach, frustrated fans simply tuned out. Will NBC learn from these losses and change course?

For now, it appears that consumers are stuck with the Olympics on NBC dragging their collective feet. According to CNN’s Five takeaways from NBC’s Rio Olympics Coverage, “Even a diminished Olympics remains a huge attraction, one NBC has every reason to cultivate. Two years ago, the network secured TV rights to six more games, through 2032, for a staggering $7.75B” Going on to say, “It’s anyone’s guess what TV will look like three years from now, much less 16, and the deal has various contingencies built into it. What seems clear, though, is that NBC won’t make significant changes until it has to – just as second-guessing its coverage, and performance, is one game that’s sure to continue.” But will change come too late? As the once giant Blockbuster learned too late, lack of innovation and stubbornness in the face of change will ultimately cause your own demise. Raise your hand if you’d vote for ESPN coverage in Pyeongchang 2018? Use #IOCbrand to join the conversation.