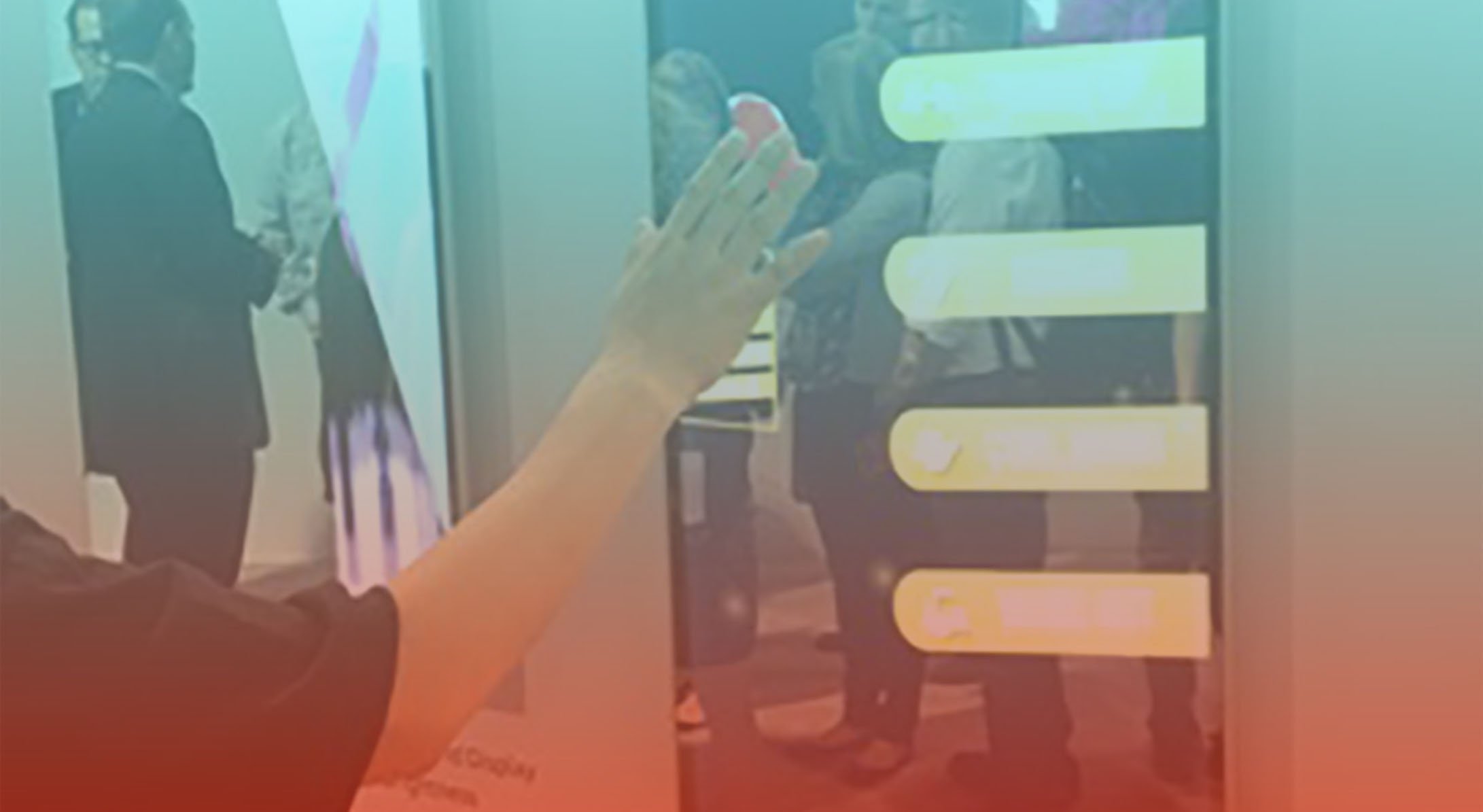 Adrenaline’s Rick Barrick takes us through some of the latest breakthroughs.

At the end of March, Adrenaline’s Rick Barrick attended the Digital Signage Expo 2017 in Las Vegas to see the latest tools and technologies for connecting people to place. Digital signage today is leaps and bounds ahead of where it was even five years ago with curved displays, paper thin monitors and bright, beautiful true-to-life colors that pop off the screen. No longer is digital signage merely slapped on a wall with a text ticker giving consumers some sort of sales pitch. Digital signage today is now part of a holistic experience that consumers engage with in their favorite retail environments. Purposeful deployment adds ambiance, energy and appeal to a physical space. Forward-thinking companies today are embracing innovative technologies to enhance their environments, but how you do it matters.

“Digital signage today is now part of a holistic experience that consumers engage with in their favorite retail environments. Purposeful deployment adds ambiance, energy and appeal to a physical space.”

From a purely technical view, one of the most talked-about technologies in this year’s Expo was organic LED. Rick says, “Organic LED is just starting to make its way into the retail marketplace and consumer world. Without getting too technical, this light emitting diode technology results in an extremely faithful representation of contrast and composition. In retail environments or corporate headquarters, companies today use high quality static print or even artwork to capture the feel of their brand. Now, with OLED displays, we’re starting to see the ability to faithfully represent really stunning depiction of dynamic visual content. It’s done in such a way that it could realistically start to replace artwork, or other high quality visual representations in these physical spaces.” 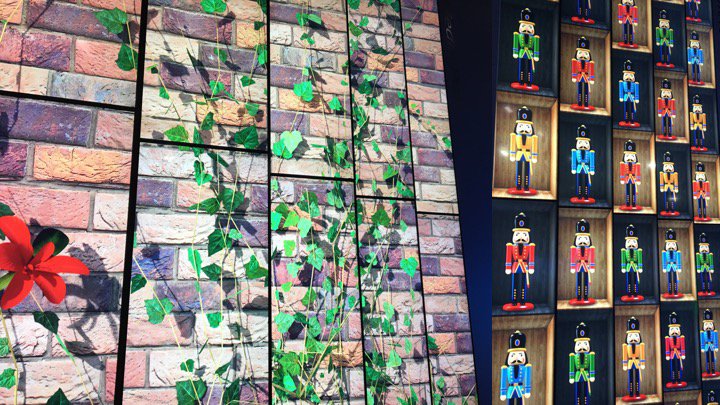 “I think what we’re going to find is that industries, such as the architecture or interior design industry, who have often times snubbed digital signage as a worthy art form in commercial spaces. I think they’re going to have a second look at that now and start to see motion as a performance art, as an opportunity to treat commercial spaces in a much more exciting and engaging way. I think this Organic LED technology is really going to lead the way.” 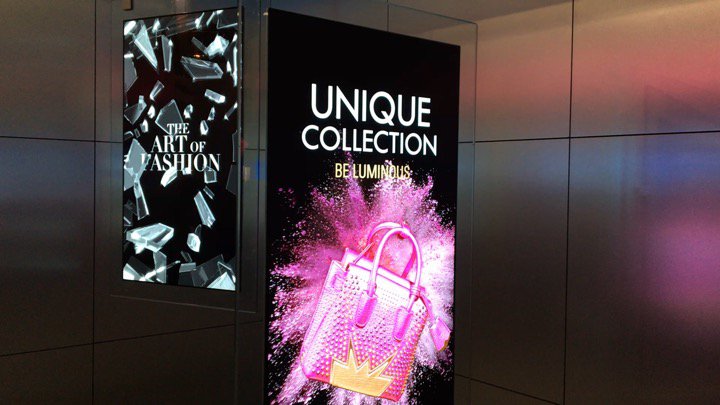 Also on exhibit were a series of displays that are only nine millimeters thick. Rick says, “Think about that. Nine millimeters – it’s almost like several stacks of paper together, it’s that thin. When you see that against the wall, it’s really just a remarkable application in a physical space. When you have a display that thin, it’s almost like a poster, but with motion and incredible reproduction of visual elements.” Curved applications add another dynamic feature into a design of a space that will have companies rethinking the physical elements during the planning phases of a project. That strategic approach is what gets Rick most excited about these advancements. 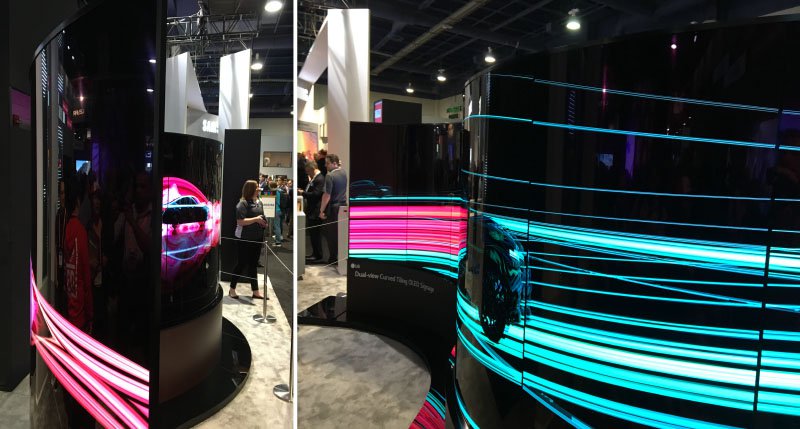 Rick says, “Part of what I do at Adrenaline is work with architecture firms. I’m trying to get folks very early on in the design process to start considering these technologies as fundamental pieces of the actual design itself, as opposed to an afterthought. Digital media as a design element is much closer to reality today than it has been in the past. Today we have a very real opportunity to create intentional, functional spaces with these elements that make a space more dynamic and creative for brands.”

“I’m trying to get folks [architecture firms] very early on in the design process to start considering these technologies as fundamental pieces of the actual design itself, as opposed to an afterthought.”

When companies build a facility – whether it’s a retail store or a corporate headquarters – they use brick, stone, marble, paint. But once that project is completed, it’s essentially a facility that is frozen in time, which is inherently limiting. That means that companies eventually will have to renovate, retool or rebuild those physical spaces. But what if digital elements like signage and art displays could help companies keep their spaces changing and current? According to Rick, “If you construct to build digital media into the overall design, now it has longevity and flexibility. The facility itself is almost a living, breathing organism. It has interactive, updatable, visual storytelling mechanisms that communicate the vision of the company.”

Facial recognition technology is advancing, as well. Now, screens can connect a device somewhere in proximity of a digital display and track people within its vicinity. This allows companies to collect data for analysis later. The technology has gotten to the point where you can track multiple people at the same time, within proximity of the screen, both at a farther proximity and a closer proximity, and it tracks how long they are actively engaged. Going one step further, today’s tech allows companies the ability to recognize the age of said person in front of the digital signage – within a five to ten year range – and curate experiences specifically for that age group. But be warned; smart strategy is key. 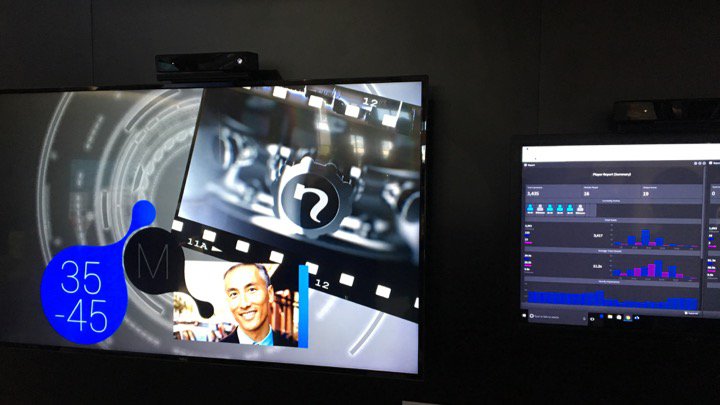 Rick says, “There may be some application to that, but in a retail sector where you’ve got multiple people walking by, you could have a very jilted playlist approach. You’d have this computer trying to fire up content that’s hyper relevant to one person. The analogy that I would use is some teenager walking into a bar, popping in five dollars’ worth of quarters into a jukebox and then dominating the entire brand experience for the next two hours with songs that are specific to that person’s taste. Probably not a good idea in an environment where brand is critical and ambiance is crucial. You’ve essentially handed over a vital part of experience to a teenager.”

One of the biggest challenges in digital signage today is that some people – like early adopters – get bowled over by the technology and want to deploy it immediately without enough thought to the purpose behind it. They simply want the WOW factor. But they’re not really sure what the practical use is or what it will really do for their brand or their brand experience. It’s a technology first approach where they figure out the real-world application and ROI later on. What we advocate instead is a holistic, strategic approach in advance of deployment of technology. You’ll still get your WOW; it will just mean more in the long-run.